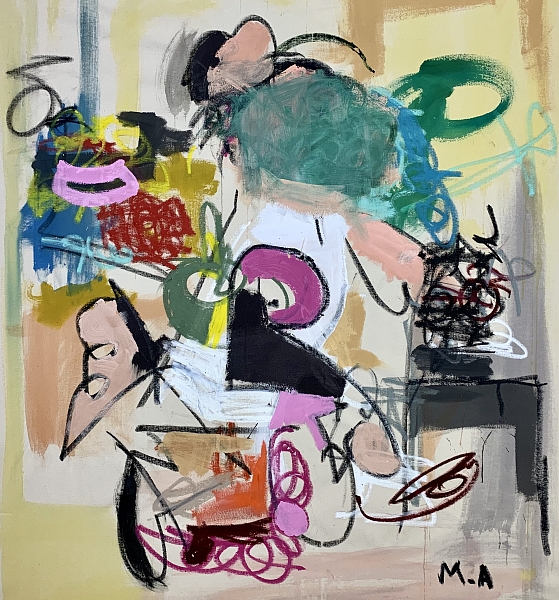 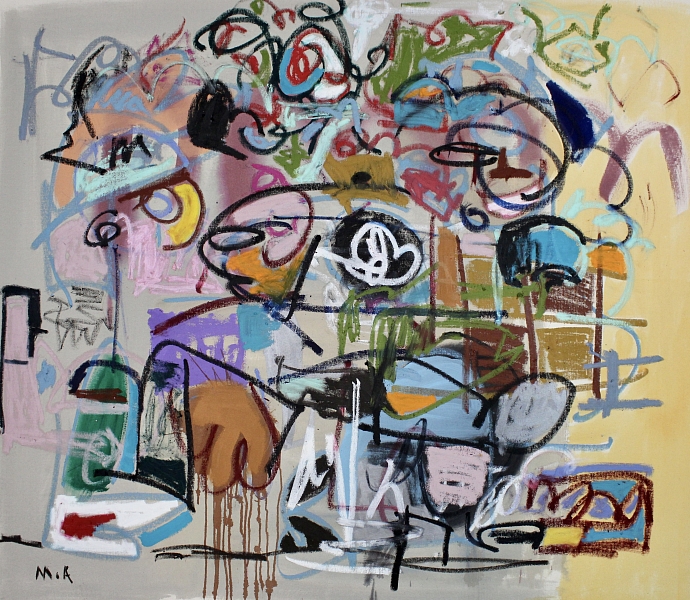 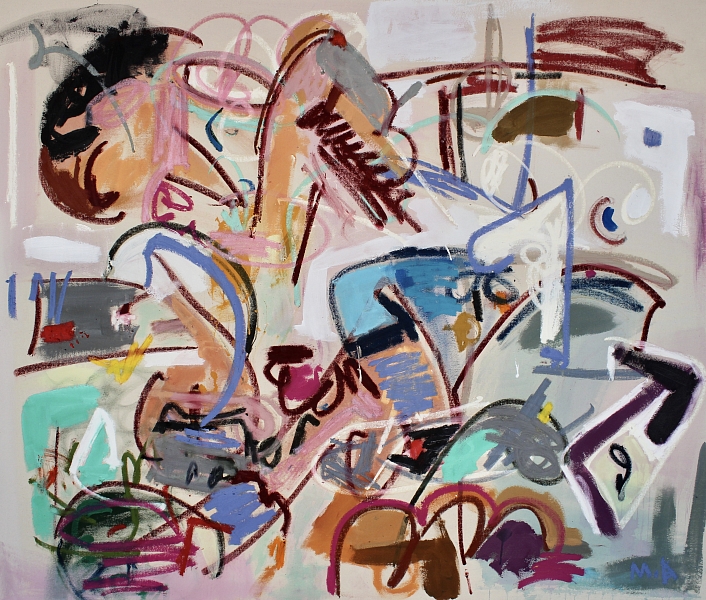 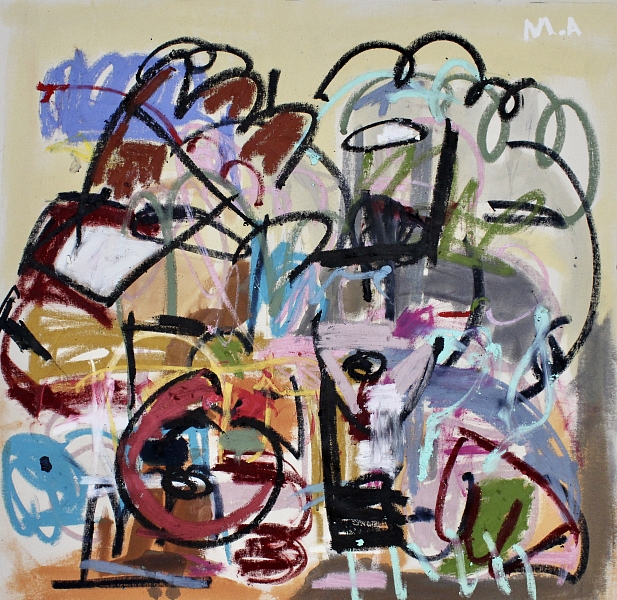 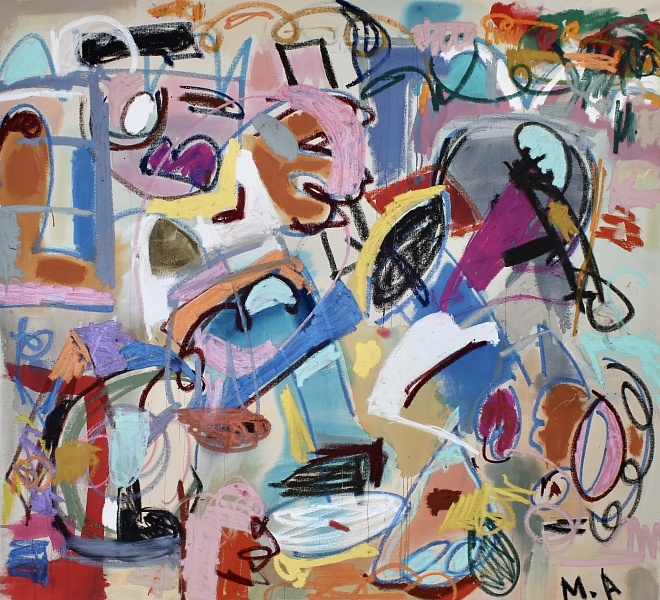 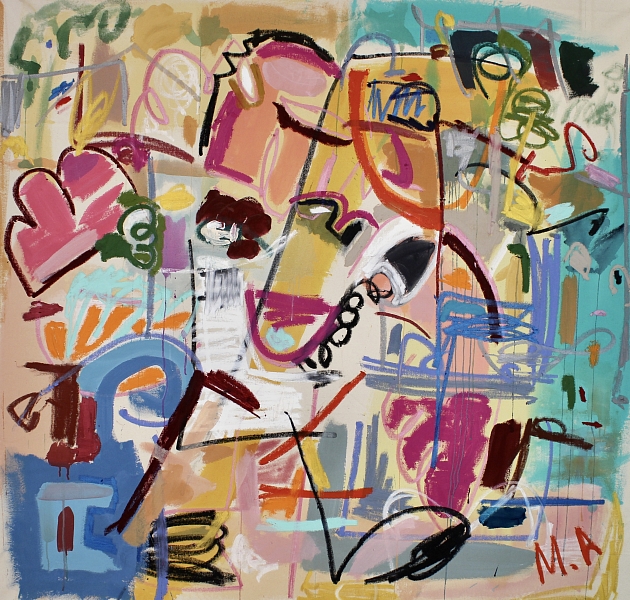 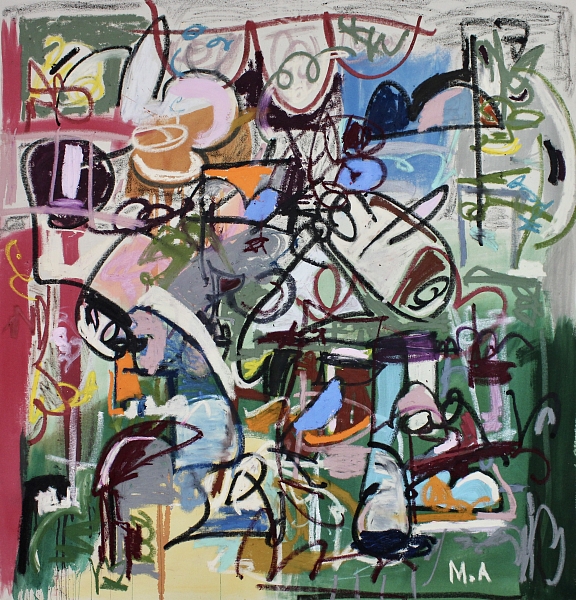 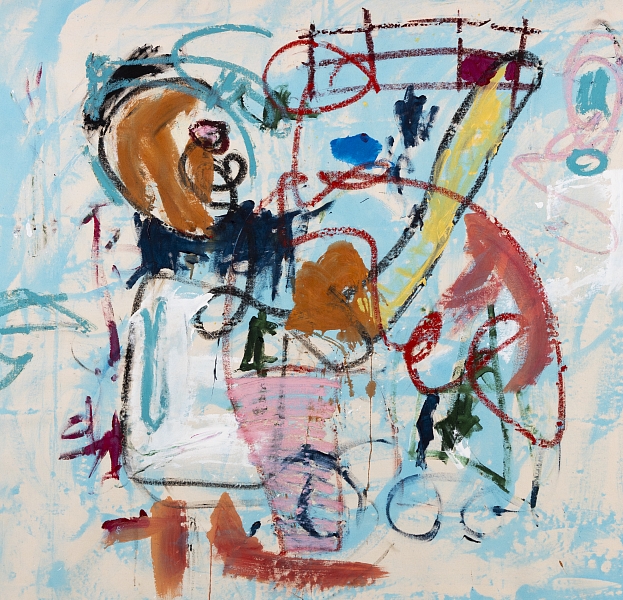 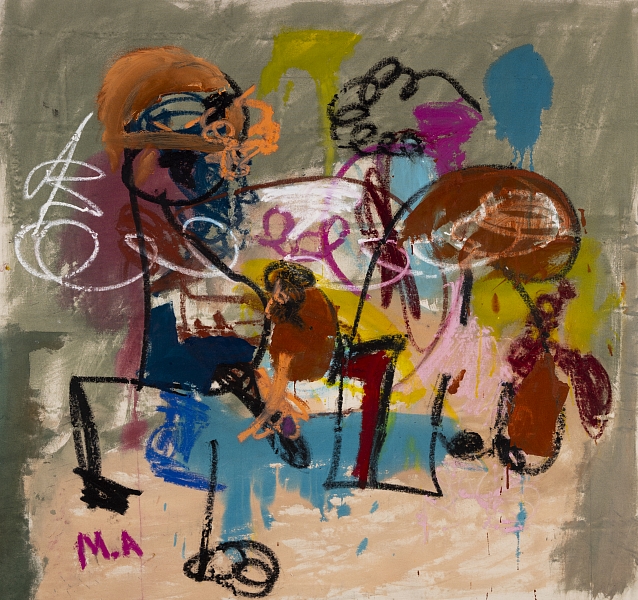 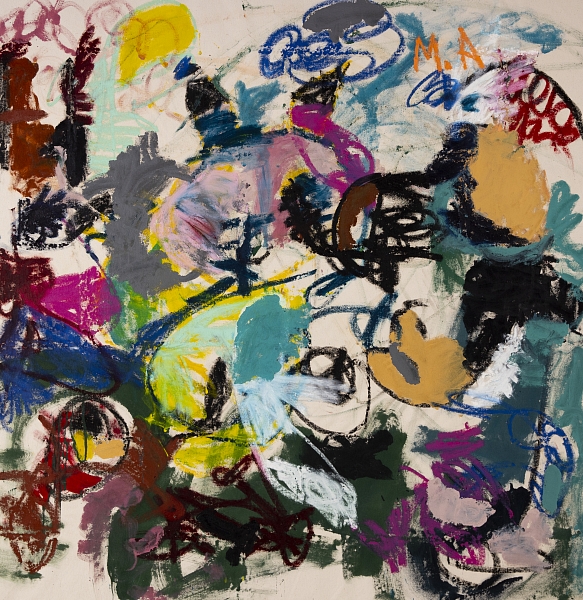 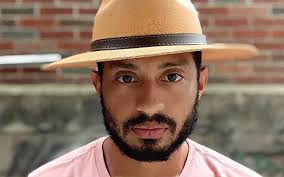 Portfolio
Marcos Anziani (b. 1984) is a young American artist of Dominican descent, lives and works in New York.

Marcos has started his career in art in 2016 and is a perspective artist.

Anziani works in the style of lyrical abstraction with elements of expressionism. His artistic dialect is close to that of such artists as Willem de Kooning, Joan Miro and Jean Michel Basquiat. In each of paintings, Marcos aims to 'curb' the energy of color within the framework of a canvas. He combines abstract forms with primitivist images of people and objects done in simple lines.

Various, mostly warm, colors balance the artistic chaos of forms in Marcos' paintings. His compositions remind us of Kandinskiy's abstractions. Marcos is actively evolving as an artist and seeks for an art that would continue the ways of the great artists of the XXth century.

Anziani understands painting as a means of expressing his emotions and thoughts. While working, he imagines himself being inside the painting and concentrates on one particular image or idea, finds a way to express them through painting and then develops the whole painting around them. He builds the composition from the inside, fully giving himself to it, and that produces actually sincere 'portraits' of the inner feelings of the artist, prints of the fly of his imagination.

Marcos Anziani is exclusively represented by ASKERI GALLERY in Russia