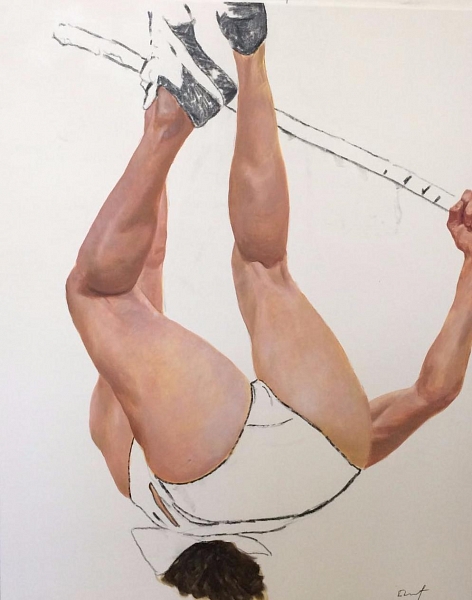 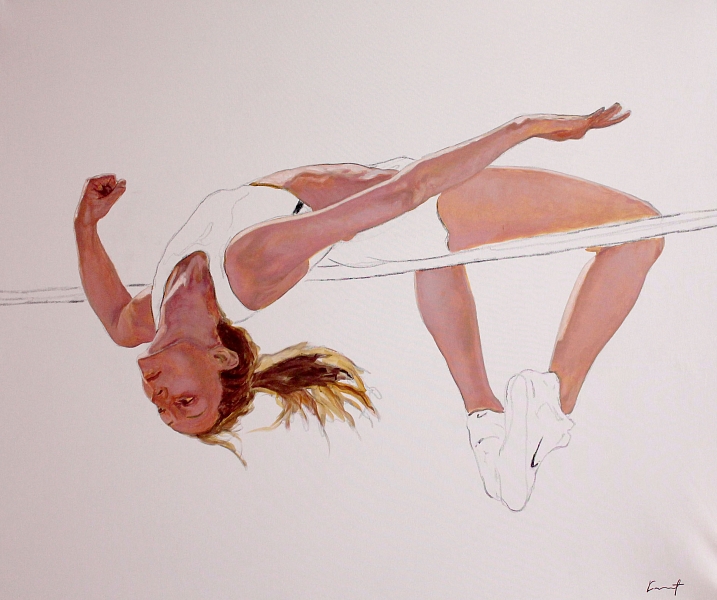 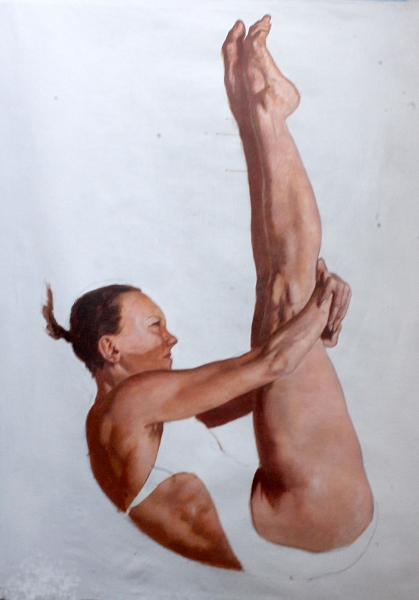 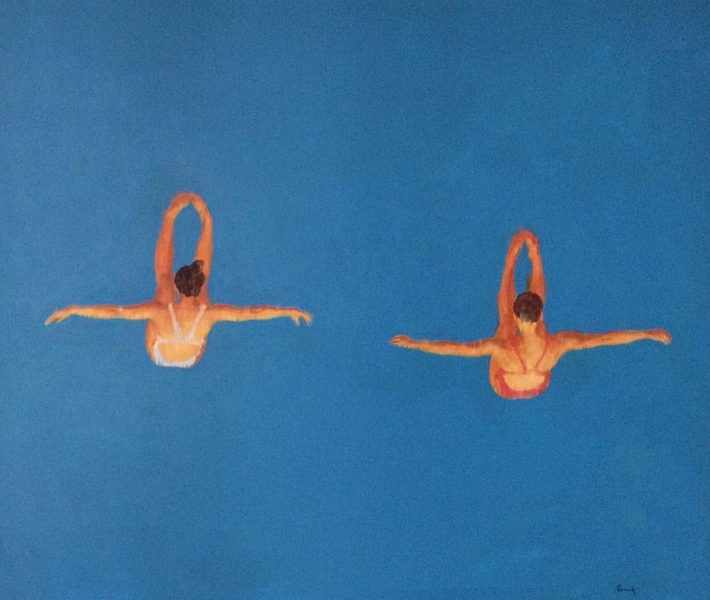 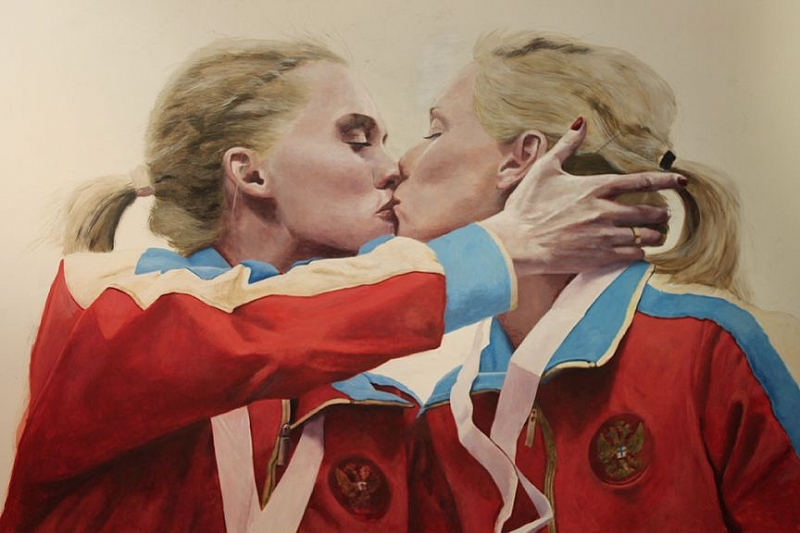 The Joy of Victory 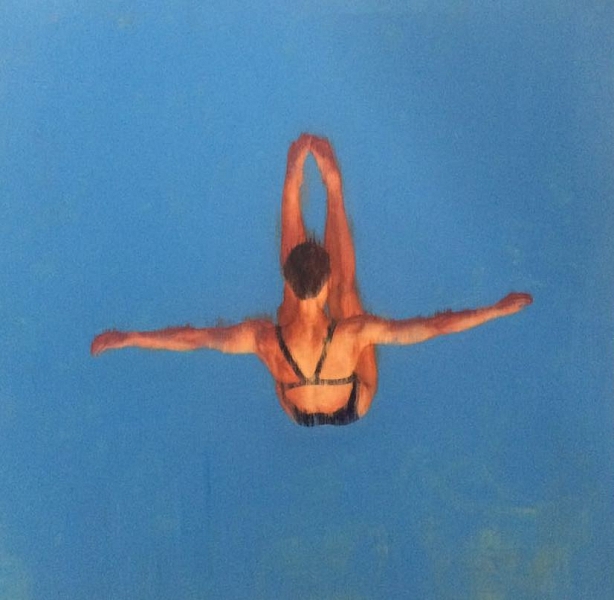 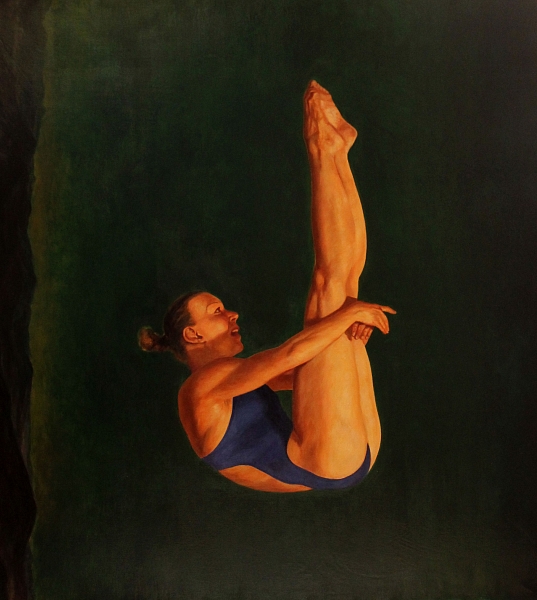 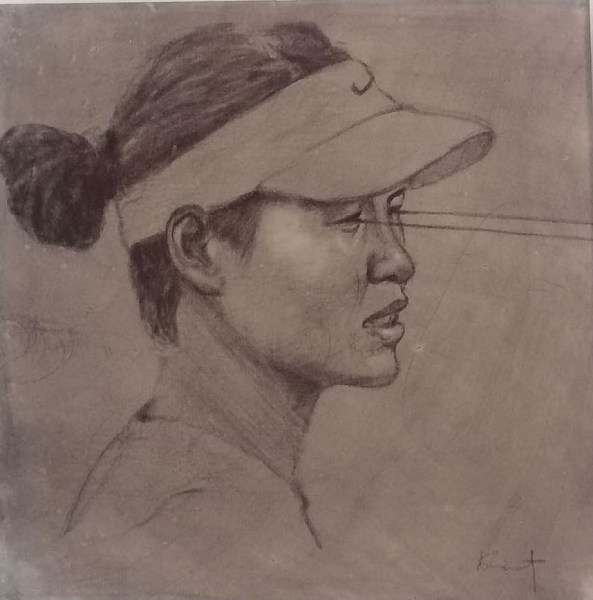 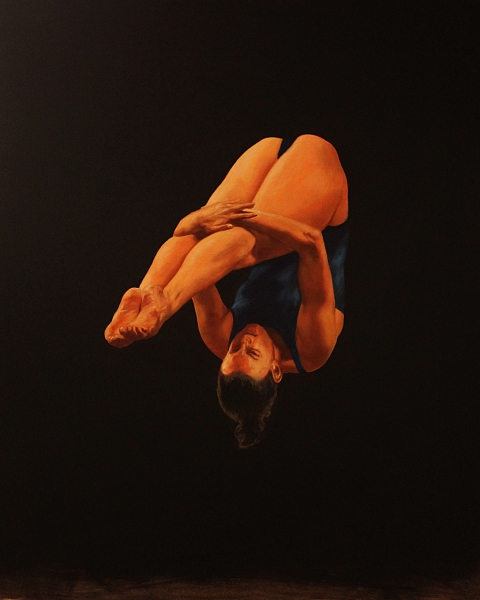 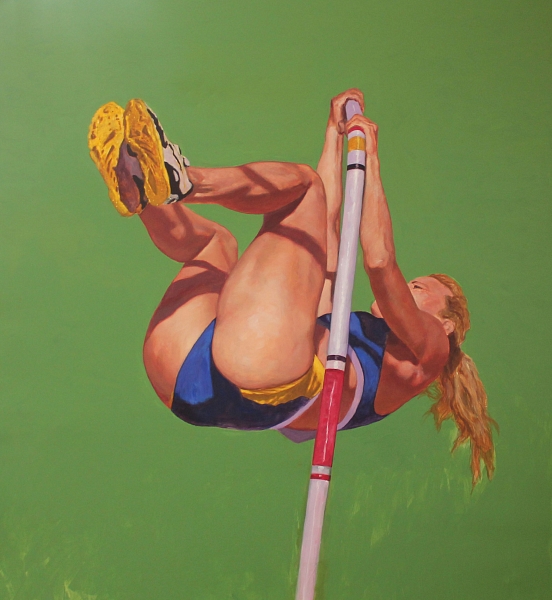 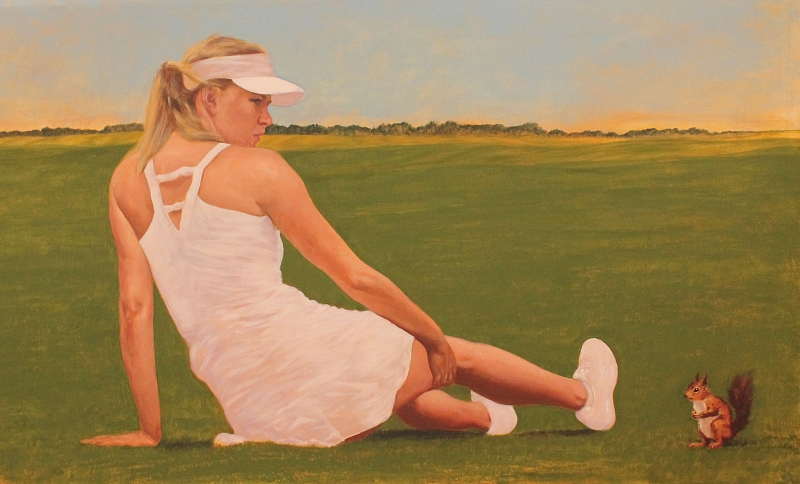 Mik Blinov works in an academical painting technique. He participated in numerous exhibitions, including three personal projects, art fairs "Art-Moscow". In 2014 Blinov was listed in the Top-100 young Russian artists according to The Art Newspaper Russia. The artist's works belong to private collections in Russia and abroad.

Mik Blinov describes his own style as "mystical realism". He creates characters as if they were born out of chaos and emptiness. Embodied in realistic images, they become part of the artistic universe. Blinov often refers to the achievements of classical West European authors; his interest in Caravaggio’s paintings, compositional techniques of Baroque artists reflects in his art. In his new personal exhibition project «Stratosphere» artist explores the limits of human possibilities.

Stratosphere is the layer of the Earth's atmosphere. It separates the Life and cold Space. It is a border that humanity has been dreaming to cross during all its history, although this transition has always promised a contact with infinity and emptiness. Science and technology development compensated the weakness of human body and demonstrated the power of its mind. Now the first rocket flies in the Space, the planets suitable for life are discovered in other galaxies.

The exhibition presents artworks that represent female athletes in the state of flight. Their muscles are tense; their bodies are captured in the moment of maximal physical effort. This effort makes athletes overcome gravitation just as collective efforts of many people give the humanity an opportunity to journey into the outer space.

On paintings "Earth" and "New planet", Mik Blinov explores the phenomenon of desire of expansion, which is based on bestial aggression. Nowadays this aggression manifests itself in strictly designated culture areas like sport or war. It also gives an initial impulse to space research.

The main keystone of the exhibition becomes a portrait of Yuri Gagarin. Gagarin is a symbol of human achievement in space exploration, a pioneer in the upcoming stories of galactic conquest. His triumph is supported by the work "Joy of winning" – achieving the goal justifies the efforts of the athletes on other paintings. 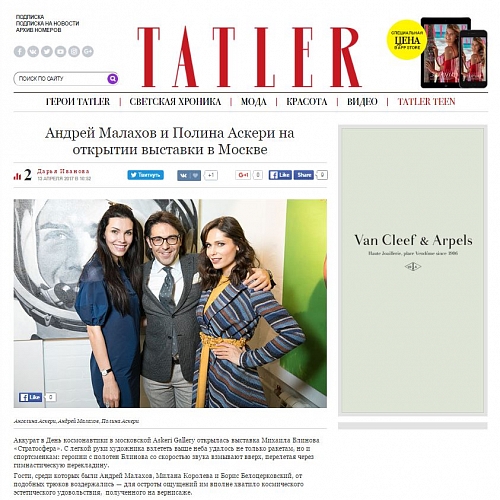 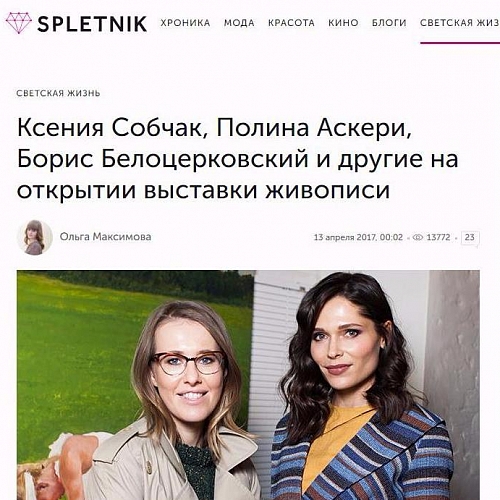 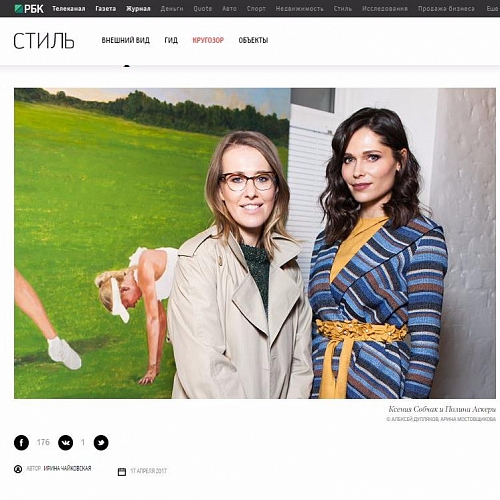