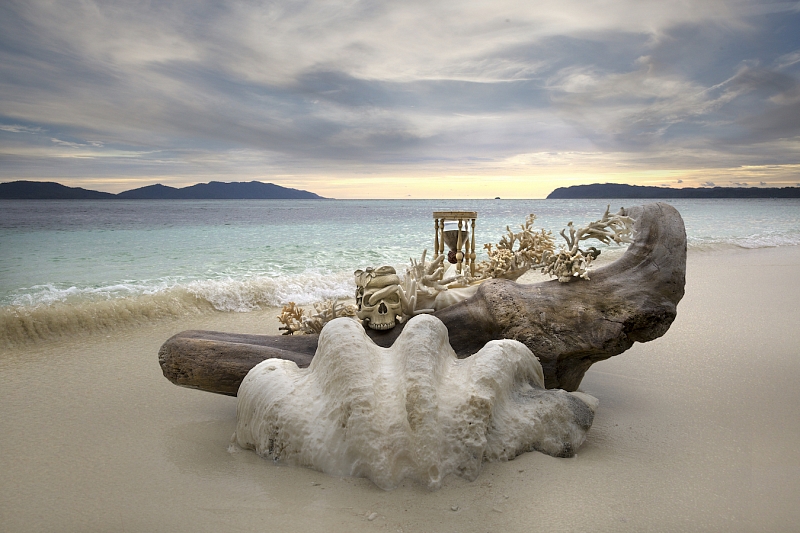 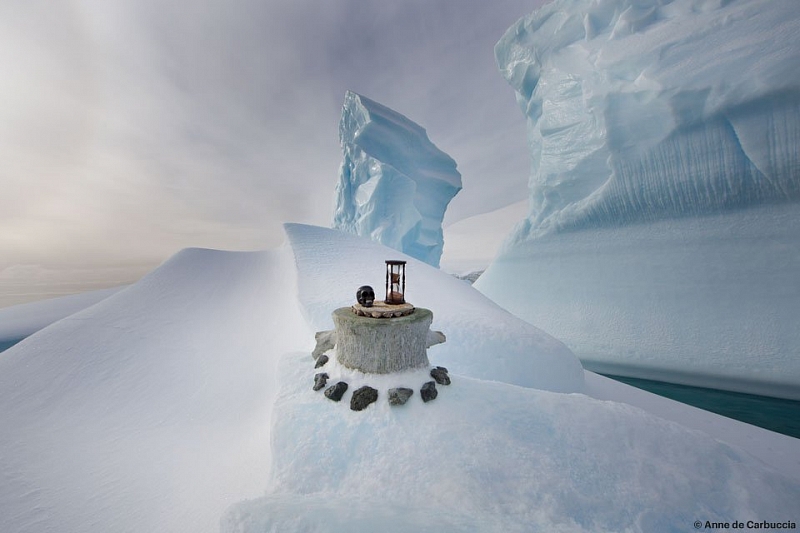 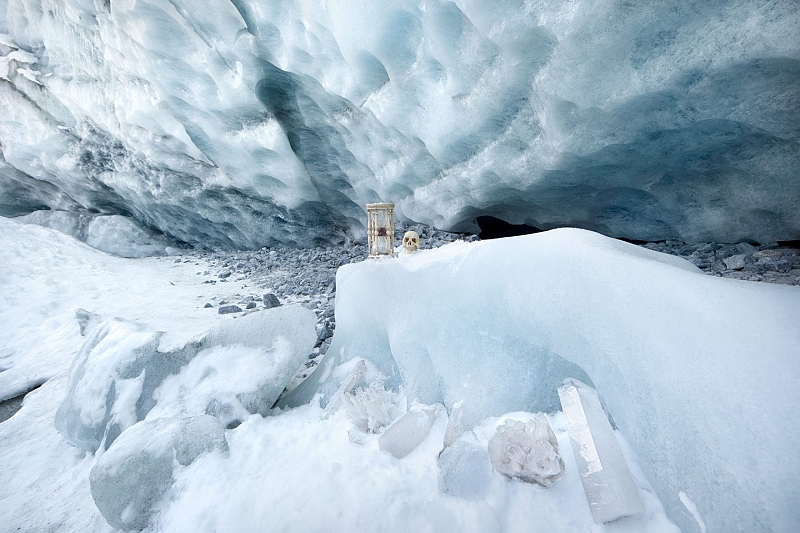 Askeri Gallery presents exhibition of Anne de Carbuccia ‘One Planet One Future’. This is her second exhibition project in Russia.

Last year (2017) Russian public saw works of de Carbuccia for the first time in the Moscow Museum of Modern Art (MMOMA). First personal exhibition of the artist was successfully organized by Askeri Gallery.

This year Askeri Gallery shows not only new works of the artist, but also photographs, which already had been presented in museums and galleries all over the world.

Anne de Carbuccia has Anglo-French origin and works in environmental art. Her passion for anthropology and art history once turned into idea to create installations. These installations have to symbolize futility of existence and transience of time, using photography and cinematography.

For many years, Anne de Carbuccia embodies the project ‘One Planet One Future’. It’s idea is to create ‘Time shrines’ in symbolic and important places, while making expeditions all over the world. Time shrines are an original interpretation of Vanitas with addition of organic element and found objects. Anne select them according to its meaning. Unique photos become eternal caption of traditional still life with use of the skull image as a symbol of bustle and hourglass as a symbol of the transience of life.

In this regard in 2015 Anna de Carbuccia found Time Shrine Foundation to support iinitiatives for raising awareness and protecting the environment and culture. The fund is financed by voluntary donations from corporations and private persons. It organizes exhibitions and support non-governmental associations whose activities are aimed to protect animals and the environment.

“In my works I try to document what is going on with our planet. I am trying to give voice to it.” (Anne de Carbuccia)

On the 4th of September 2018 on Venice International Film Festival Anne de Carbuccia presented her debut documentary film “One Ocean”.